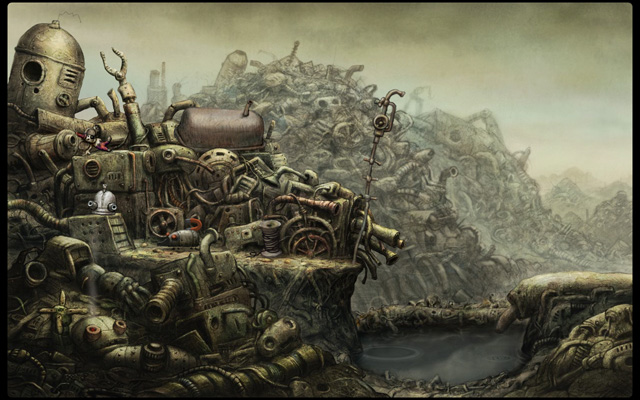 After you've seen the trasher bringing the little robot from the high tower in the middle of the huge town at the horizont to the trash dump and unloading him in parts the game already starts.
Do what the game wants you to do and click on the bathtub. After some clicks this thing drops down and you can see the robot's body next to his head. Luckily he takes his head and is just a bit confused.
The poor guy still can't stand up because he is missing one of his legs. He's also missing an arm, but more about that in just a few seconds. Talk to the robo rat by clicking on it. The rat could give you your leg, but it wants the puppet for it.
Stretch your robot and get

the puppet. Make a deal with the rat and you can finally stand up.

the magnet and take it with you. Also pick up

the tread. Tie the magnet to the thread within your inventory and now you already have a nice

fishing rod. It could be that your arm dropped into the water there. 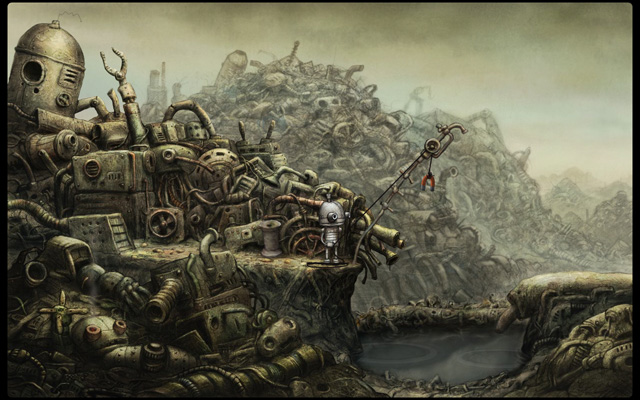 Kick the post, that's standing in your way and then you can fish for your arm (with only one arm). The robot will swing to the other side automaticaly, and so you can continue to the next screen without further problems or riddles that want to be solved. There are plenty of them ahead though. 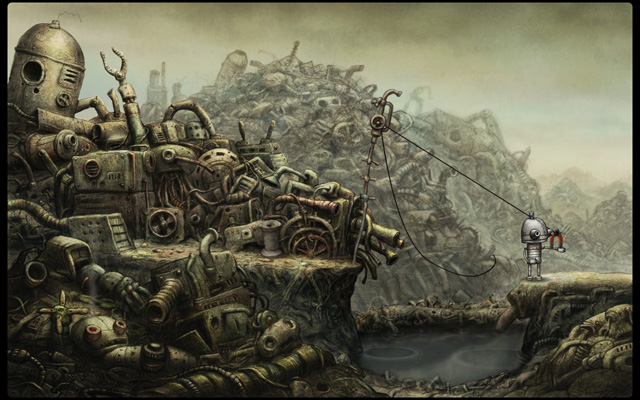