It is hard to miss, that this god looks really sick. So we should relief the last and final boss in Silent Hill 3 from her pain and slaughter it to hell.

Her weak point is his head.

This god thing can be in 2 different stances. Standing tall and crawling.

Everything starts with her standing tall. As you have to aim for her head and only the handgun lets you aim upwards this is your first choice of weapon here. Shoot at this god until she trips over and is now in crawling position.

Of course she will fight back as long as you shoot her.
Along the half circle on the ground she releases walls of fire. I hope I won't have to tell you that you should not get into the flames.
It is dangerous to stand inside the halfcircle while god is standing upright as she likes to punch around with her long arms and this can cause a lot of damage to you. You better position Heather outside of the half circle and just shoot at her. While you are doing this she releases more walls of fire that will break out of the half circle. So avoide them by sidestepping and then shoot her again.

Some time later she will trip over and be in the crawling position right in front of you. This is the time to switch to a more powerful weapon like the shotgun or the submachine gun and give it to her real good.
You can even enter the half circle now, but be fast when she releases her walls of fire. But your hits are hitting her harder when you are closer to her.

If she should stand up again after she was crawling once already just do the same as you did before and what is described in the first part of this solution, shoot at her until she falls to the ground again.

In case you should ever run out of ammo just use the maul, stand next to her and beat the hell out of her deformed body. This works quite well, just make sure to heal a lot and in time. 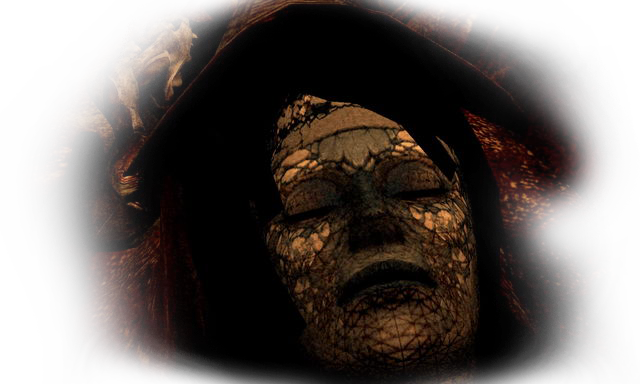 That's it for Silent Hill 3, take a shower, step outside and give a hug to the first person you meet, you made it, you did just beat Silent Hill 3.