You can't do a thing against this boss with firearms. He dodges every bullet you fire at him just like Shredder would do. So you have to use a melee weapon against him.

Use the KATANA and run towards him. Watch out, he is really fast.

Hit him 2 times with full force and then run around for one lap.

He will try to hit you back after 2 hits, that is why you run away from him. After about 5 seconds he changes his mind though and you can hit him again.
It shouldn't take all that long until you are done with him.

Don't forget to heal Heather in between every now and then and when needed.
If your controller vobrates and you are not hitting him and not getting hit it is time to heal. 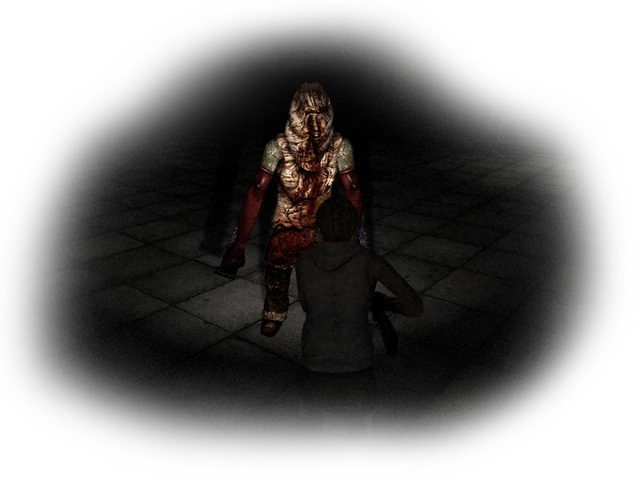 After this you whitness another cutscene


So you throw Douglas out, and then not and then agree to go with him to... ZOMG... Silent Hill.
He waits for you outside.