There once was a time when bad games for even worse movies that all based on the same scheme, brainless riddles and stupid action rules the videogame market...

But a small team of 35 japanese (whereelse should they come from) developers around Fumito Ueda made efforts to create a game unlike everything that was see before. And so Shadow of the Colossus became just a masterpiece! And only 10 years later Fumito Ueda finally released The Last Guardian, but these pages here are about SotC. 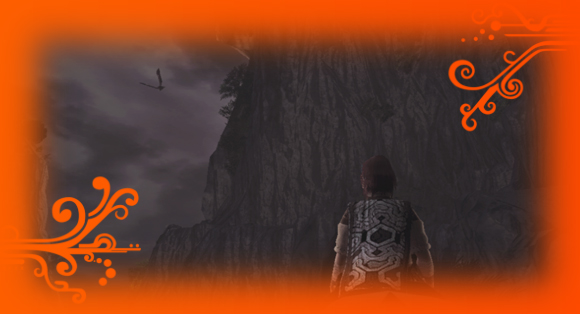 You as the player gain control over a young longhaired boy, wearing old clothes and called Wander. He is banned into a long lost and empty and wide picturesque land only companied by his old horse Agro and the corpse of a woman called Mono. He is here because he tries to bring Mono back to life. You won't ever find out exactly who Mono is, weather she is his wife, his sister or his long lost premium whore from another life, and the rest of the story is just as mysterious. You never find out why Mono died and why Wander wants to bring her back to life so urgent, why this phantastic land is inhabited by 16 Colossi and quite nothing else, who these horsemen are and why they are after Wander, ... the player is on his own and only his horse Agro helps him to fight these battles full of passion.

To bring Mono back to life Wander has to kill all the 16 Colossi that roam the land one after another. And this tasks seems so absolutely unreachable and desperate, and Wander looks so small compared to these huge colossi...

And all the other very interesting things about the gameplay of shadow of the colossus can be found here. Very elaborately written. If you want to know everything about Shadow of the colossus, and this is why you are here on selmiaks website, then click on the headline of this paragraph and find out what the game still has to offer.

Another thing that also belongs to the solution and the secrets:
Fruit Tree Map - Lizard Maps - Colossi Maps - Save Shrine Map

Click the image above for the really good article about how Shadow of the Colossus was made. Technically brilliant. First this article was only available in english, then dyingduck translated it into english and now I'm hosting this mirror as the dyingduck site is no longer available. Good read!

Click the image above if you want to know more. Some of the best (of course I hope I got them all...) links to pages about Shadow of the Colossus are waiting for you here. 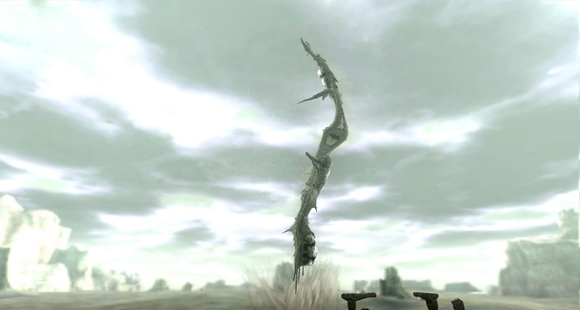